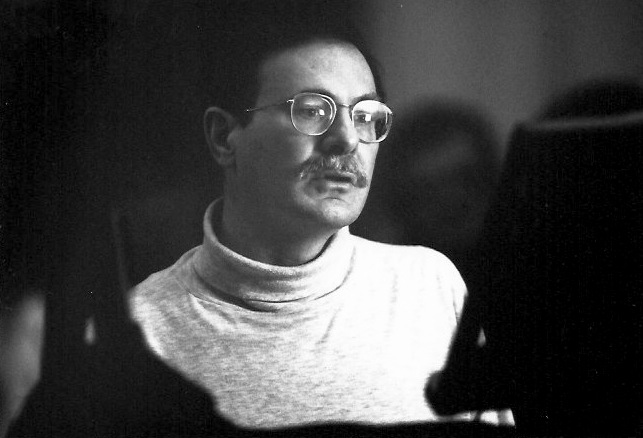 René Joseph (b. 1952) is a composer, pianist, and author. His music has been recorded in North America and in Europe, performed on National Public Radio, and heard in concerts around the Pacific Northwest where he lives.

Dear René!
Wow! Thanks so much for giving us copies of your music. They look beautiful and the pieces are great. You are a truly wonderful composer. I will be sure to share your pieces with other pianists as well as the teachers in our UO Piano Pedagogy Program.
—Dr. Claire Wachter DMA, Professor of Piano and Pedagogy, School of Music and Dance, University of Oregon

René grew up in Beirut, Lebanon, the son of an American embassy official. He began piano lessons at age seven, first with an Armenian teacher and then with the Russian pianist Michail Cheskinov. He began composing at age fourteen and on his own worked through the Baroque counterpoint manual Gradus ad Parnassum (also used by Haydn, Mozart, Beethoven, and other celebrated composers).

After the family returned to the U.S. in the late 1960s, René studied music at the University of Oregon under Homer Keller (composition), Hal Owen (theory, counterpoint), and Rumanian pianist Alexandru Hrisanides (piano), receiving baccalaureate degrees in Music and German (1973). Subsequently, he studied with the late Polish pianist Adam Kapuscinski (student of A. Michalowski, himself a pupil of Liszt).

Dear Mr. Joseph,
I have given your works to my students at the Conservatoire. Your compositions have met with great success.
—Dr. Miriam Ruggieri, Professor, Conservatoire Nationale de Musique, Paris

René continued to compose through the decades and also became involved with electronic music in the late 1980s. He coordinated the Eugene Electronic Music Collective (EEMC) for several years, giving concerts on synthesizers and piano. In 1991 René composed and premiered his ‘Voyager’ Concerto for piano and synthesizers. This work is the first and only concerto ever written for that combination of keyboard instruments. One enthusiastic listener commented:

“I was transported by the magnitude and beauty of the ‘Voyager’ Concerto. You have truly married the head and the heart, your Beethoven and your Chopin. Congratulations. I feel that your music will attract a large audience. It is definitely understandable and a sensual delight to experience. The blend of synthesizer and piano is pure genius.”—Concertgoer

Rene’s cover article “Electronic Orchestration” appeared in Electronic Musician magazine (Nov. 1991). The article continues to be used in college music courses as a benchmark reference in the field.

As noted in Keyboard Magazine, in 1992 René toured the Northwest performing the world premiere of J.S. Bach’s Goldberg Variations on synthesizers and in quadraphonic sound. During the 1990s he concertized performing original works on piano and synthesizers, including at events such as the Seventh Species New Music Concert Series.

In 1994 René founded the Alliance Recognizing Talent in Eugene (A.R.T.E.), a consortium of 40+ musicians and artists that he managed for several years. During the 1970s, 80s, and 90s he taught piano privately and also worked full time as a Mental Health Associate, caring for severely mentally ill patients in various hospital settings.

In 2000 the Eugene Symphonic Band premiered Rene’s Processional in a performance with over 100 musicians. The popular piece has subsequently been recorded in Germany and transcribed for organ, brass quintet, and concert band.

Dear Mr. Joseph,
Many thanks for sending me your piano compositions. I think they are a welcome addition as teaching pieces, and I will certainly urge teachers that I know to use them with their students.
—Abbey Simon DMA, Professor of Piano, Juilliard School of Music; concert pianist

Ever the experimenter, René is exploring what he calls “episodic music”—a method of composing in which a musical work is broken into ‘episodes’ that are to be performed in whatever order the performer desires. In this way, the piece is ever fresh, while the performer also becomes partly the ‘composer.’

About his music, René says: “I want my music to sing. I would like it to be immediately intelligible to anyone, regardless of his or her musical background. I’d like people to see themselves through my music, and thus to acknowledge and affirm themselves on a deep and meaningful level.”

What some others are saying…

Joseph is a talented musical chameleon who can create just about any style… He favors an easily identifiable melody, which he works over in refreshing ways… It was obvious to the appreciative audience that he is a creative force who can do many things very well.
—Fred Crafts, Critic At Large, KUGN Radio (Eugene, OR)

Dear René,
Thank you so much for sending the copy of your Preludes and Inventions. I’ve played them over several times and find them quite appealing, as well as very accessible.
—Dr. Doris E. Allen DMA, Professor of Piano Pedagogy (emeritus), University of Oregon

Joseph’s fiery Toccata for piano was winning… A mad whirl of virtuosos passages serves as bookends for some serious soul-searching. Joseph performed it with distinction.
—Fred Crafts, Critic At Large, KUGN Radio (Eugene, OR)

I received the score for your piano Fantasy. First of all, congratulations for composing such a beautiful piece…
—Dr. Eduardo Moreira DMA, pianist and pedagogue

Dear René,
I just listened to your compositions on the Laureate site. These a beautiful pieces!
—Dr. Lindsay Falvey, Fellow, Claire College, Univ. of Cambridge (UK); and Univ. of Melbourne (Australia)